Skip to content
Posted in Coding, ResourcesPublished on July 2, 2021 By Dirk Gavor

Patterns are a fantastic way to add a significant effect to a website architecture. They also don’t require an excessive amount of effort. 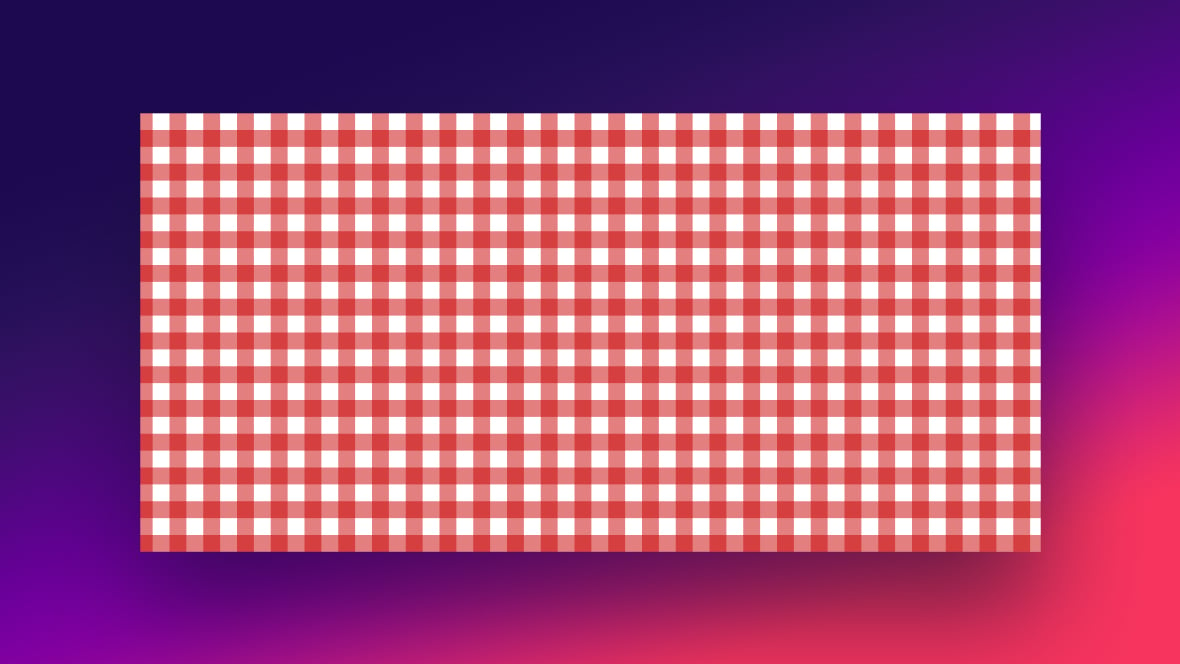 Patterns are a fantastic way to add a significant effect to a website architecture. They also don’t require an excessive amount of effort.

Background patterns increase the attractiveness of a website. They help to emphasize specific parts of it.

Since the majority of patterns are created from the built-in texts, they decrease the weight of the pages. Using background patterns makes web pages look more elegant and load quicker.

Below is a list of some great design examples.

Most of them are straightforward. The coding is flexible and allows users to customize them with ease.

This is a pure CSS animated gradient background design. There is a diagonal color change which makes the page feel soothing.

The code script allows users to personalize the gradient color. They can also create their own combination.

This background pattern was made with only CSS. Fans of the typical white-and-red checkered tablecloth will love it.

This is another tablecloth-style pattern. It’s a plaid made using diagonal blue and white stripes.

It was designed using a mixin with CSS background-mix mode.

This is the background pattern created for BBC Children in Need, a UK charity event that supports children’s charities.

This is a series of box-shadow patterns. Each of them is created using a single div.

Each square or circle is a shadow of a pseudo-element. Users can create their own pattern using the mixin.

This concept for a CSS background pattern may resemble the WatchOS interface.

The bubbles on the background have a two-fold role – they are part of the design and are also a functional element. When clicked, they expand using a cool visual effect to display more details.

A geometric repeating pattern in the colors of the rainbow. Use it for the background of your favorite HTML element.

This background pattern resembles an old-style material. It was created using only CSS3 straight inclinations.

The designer utilized direct slope to create backgrounds with straight lines – vertical, horizontal, or both.

This background pattern has a basic and unassuming impact. Use it anywhere on a website.

Moreover, users can customize it using CSS3, jQuery, and more.

This is an animated sliding diagonals background effect.

Diagonal colors slide and overlap creating visually pleasing gradients. It is a very smooth animation that allows users to see the mixing of colors and gradients.

A Code by Bennett Feely

The creator of this background pattern design used only CSS script. Use this code snippet on any part of a website and it will not disturb other elements on the page.

Cubes vary in size to create a realistic depth effect.

This is a pure CSS background pattern. It’s made using a simple and compact method without SVG or images other than CSS gradients.

Instead of using a static image background, liven things up by adding animations. In this case, it’s pulsating particles traveling upward on the screen.

This is a set of simple CSS patterns using vertical, horizontal, and diagonal lines.

This is another simple and neat CSS gradient background pattern.

This is a set of nice background patterns. Fully functional only if conic-gradient() has native support.

A Pen by Attila Hajzer

This is a very pleasant background pattern with hearts in two colors. Created using only CSS.

This is a large collection of 100 pure CSS background patterns.

This is a multi-color background pattern made using only CSS. For the best effect view it in full-screen mode.

The creator of this background effect used SVG icons. Users can substitute these with icons that fit their website best.

Since it uses CSS3, there are many other animation effects and natural-looking color schemes to use.

Doing so will create an interactive feeling for the users as they scroll down the web page.

This is another pure CSS background pattern.

This is a very nice animated wave pattern made with SVG and CSS.

This is a neat underwater-style background pattern made with only CSS.

The developer created a modern art style CSS background pattern. The author has given us only a sample piece since it is a concept model.

Users can spread this pattern across their webpage by making adjustments to the code.

The creator used a simple technique to create a dot pattern or dot grid background. It is supported by all modern browsers and IE9+.

This is a very subtle and elegant CSS diamond background pattern.

Forget geometric shapes and creative design patterns. The developer of this background pattern used an interactive alphabet instead.

It is a perfect interactive CSS background pattern for a school or educational institution.

This is a pure CSS background pattern resembling lattice.

This is a good-looking basket weave CSS background pattern made using linear gradients.

Playing around with gradients.

This is a great effect for websites related to interior design or lifestyle. In the demo, the background is applied for the entire page.

However, users can change the size according to their requirements. Or apply the effect to an individual section of the web page.

This is an argyle background pattern made using CSS multiple backgrounds (linear-gradients).

This is an animated Christmas tapestry background pattern made only with CSS.

This is an animated background pattern featuring neon hexagons. It was made with SVG and CSS.

This is a pure CSS blueprint background pattern made using CSS3 linear gradients.

The inspiration for this blue cloth background pattern came from a t-shirt. It was made with CSS gradients.

If you enjoyed reading this article on CSS background patterns, you should check out this one about CSS border animation.

CSS Background Patterns You Can Use on A Website