Display an alternative text on a layer triggered by the user click event. 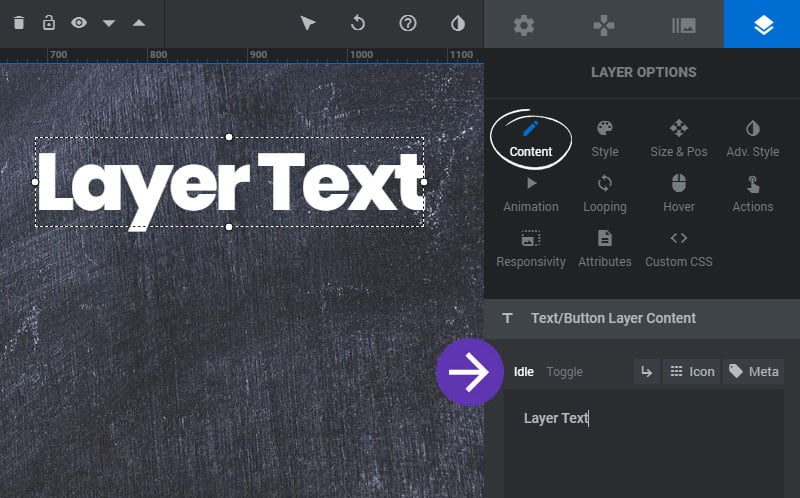 All text Layers have regular text set in its “Idle” section

But a Layer can also have “Toggle” text.  And when this is set up, the Layer will switch between the two texts each time the Layer is clicked.

1. Toggle Text
Alternative text that will be shown when the user clicks the Layer

2. Use Toggle
Officially activates the “Toggle Text” mode for the Layer.

Then if you’d like your Layer to behave has a traditional link or button, set the Layer’s “Cursor” type to “Pointer”.

Strength does not come from winning. Your struggles develop your strengths. When you go through hardships and decide not to surrender, that is strength.