Skip to content
Posted in ResourcesPublished on July 23, 2020 By Dirk Gavor

A website that maintains the same forms or in-text effects for a long period of time can become stale. Thankfully, there are plenty of CSS input text variations that can be implemented. 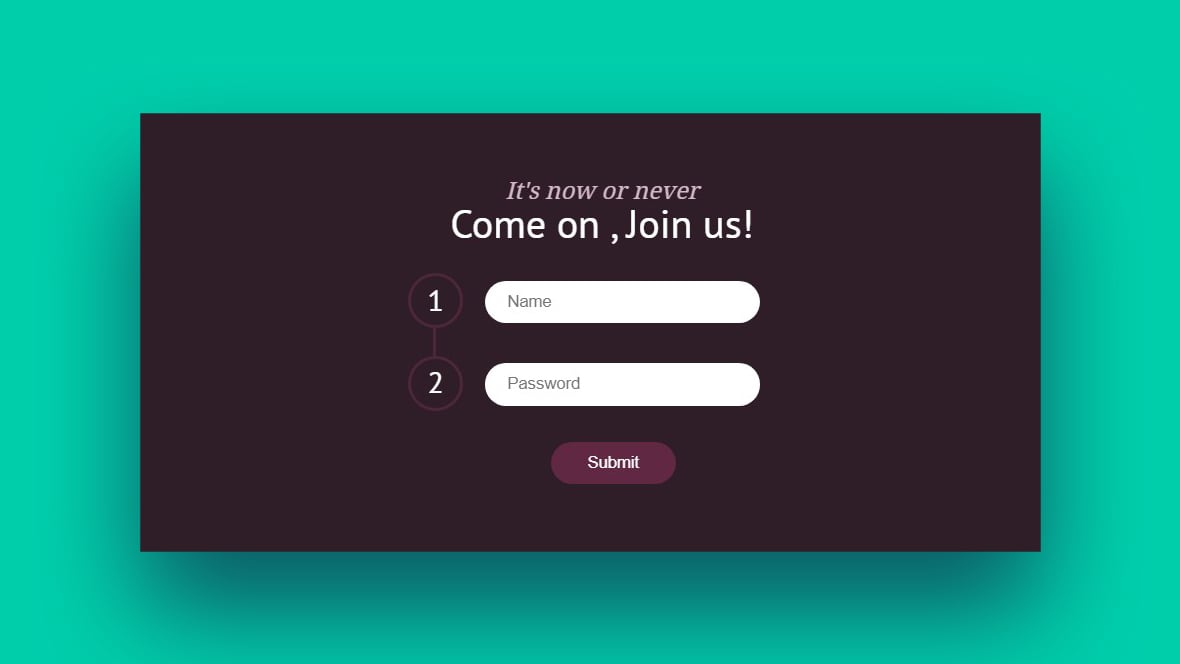 Input fields are basic HTML elements, used for providing users with a dedicated space to input their text. They’re generally part of a form and are often overlooked when styling forms with CSS.

When using them, most creators will simply add a particular color fill or soften the exterior border. It’s not often that they take a great deal of time to personalize their text box style or experiment with CSS input text options.

In 1995, form controls were added to HTML; CSS was created and put to use in 1996. However, browser support for the newly released CSS was lacking and would remain that way for several years. This was mostly because browsers at that time relied on their own operating systems to manage their form controls.

Even though CSS became available, many browser companies were hesitant to offer their users the option of styling forms with CSS. Vendors were concerned that their users would not be satisfied with the change since they were accustomed to the appearance of their preferred platform.

This way of thinking was clearly erroneous. Website owners had expanded their ideas of creativity and now wanted custom styles that would harmonize well with their sites.

A website that maintains the same forms or in-text effects for a long period of time can become stale. Thankfully, there are plenty of CSS input text variations that can be implemented.

Some variations can look futuristic, outlandish, and some minimalist. This article created by our team behind Slider Revolution will showcase a collection of our favorite CSS input text codes. Each effect is simple, low maintenance, and versatile.

In addition to the list of form design overviews, we’ve included a free source code for each one.

Using repoCSS.js, this code lets you run RegEX validations on input fields. It turns the input field background red when a pattern has been detected.

Tiny Login creates a quality login form that exceeds the expectations of most users. One of the key aspects of this form design is its typography, which can be altered and edited, allowing it to blend into the layout of the form.

Designed by Jon Kanter, this is a charming unfolding animation that serves as a useful drop-down selection tool.

To reduce login times, you can combine the login forms for your site with the registration form for the site. This CSS input text code combines both forms into one, and puts them on a single page.

When a user clicks the sign in or register button, the forms are introduced by way of a fun animation, which can be fully customized.

This snippet’s floating labels use a minimalist style. However, when you focus on them, there is aninteresting effect; the labels change from gray to blue. When text is put into the box, it becomes small and moves to the top portion of the field using CSS transitions.

The input text field for this contact form uses both sass and jQuery. It’s highly responsive and easy to use.

This design uses a hand-drawn pencil and paper animation, which is scaled to fit the text box properly, and used for filling in checkboxes.

The entirety of this form is made using CSS, except the simple concrete wall background.

This form is both simple and effective. At present, validation isn’t included but is available upon request.

This form has created a text box CSS design that is free of clutter and does not require the use of the hover feature. It ensures that labels are shown at all times, and it displays a placeholder text.

This snippet is ideal for improving your UX, offering four different placeholder text styles for the text in your chosen fields. When you start to type, placeholder text shifts out of the way but remains in the user’s view, which proves to be helpful.

Material Design Form is a  minimalist design approach used on Google’s UI. It uses Pug for CSS and HTML preprocessing while also relying on Sass.

The form itself is lightweight and low maintenance, with design elements appearing the same on all modern browsers.

With a custom jQuery form validation and simple CSS3 animations, this contact form is one of the most popular on our list.

This login form was designed by Ryan Mulligan, who spent several hours perfecting it. With this form, clicking the ‘reveal password’ icon triggers a searchlight to light up the asterisks in the password text field, revealing its content.

This snippet stands out from the others due to its use of a creative CSS input style that reveals text upon the user hovering over it. The effect has a  smooth and professional feel. This form design is ideal to polish a  project without sacrificing flair and creativity.

Grayscale to Colour Card Payment Form is extremely functional yet surprisingly minimalistic.  This CC form can be tested using a dummy card, which automatically detects the type of card you’re using.

As you type in your card number, it detects the card type and imprints the correlating colors on the greyscale card. Then, when you enter the CVV number, the card flips.

The combination of unique font, fantastic icons, and responsive styling elements makes this contact form one of a kind and highly competitive. The icons keep the attention of users, who generally want to complete forms in as little time as possible.

If you liked this article with CSS input text code examples, you should check out this one with CSS timeline examples.

CSS Input Text Code to Use in Your Own Forms