Skip to content
Posted in ResourcesPublished on September 1, 2021 By Dirk Gavor

Modal windows are user interface elements. They sit on top of the main interface, so they do not interfere with underlying workflows. 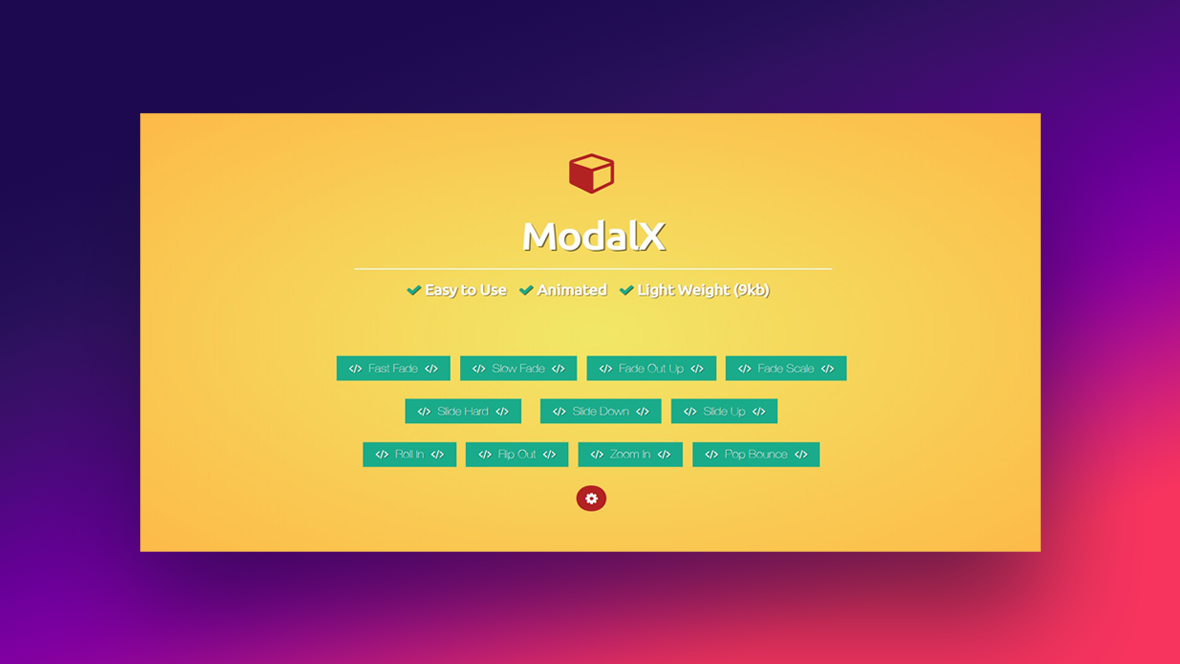 Modal windows are user interface elements. They sit on top of the main interface, so they do not interfere with underlying workflows.

These modal windows or boxes find many applications in in-app messaging. Some examples are welcome messages, product information, announcements, and so on.

Historically, programmers tended to use JavaScript to code these modal boxes. A quick search reveals an abundance of scripts for these applications.

CSS3, on the other hand, is much easier to work with. Yet examples of CSS modal windows are much harder to find.

This article presents a list of the best CSS modal windows for presentation.

The first CSS modal box example is the product of coder Niels Voogt. He embedded his modal into a details element.

This is possible because the overlay nests inside the summary element.

Felipe Fialho made this modal with CSS only, so no JavaScript. He used the CSS :target selector which handles the opening and closing of the window.

A great advantage is that older browsers like Internet Explorer 9 and higher also support it. A great way to interact with users.

Another example of a modal window that uses HTML/CSS and Bootstrap. David achieved this without the use of JavaScript.

In this example, programmer Homer Gaines shows how to open a modal window with the CSS :target selector. Again, it does not use any JavaScript code.

To make this modal box, Mark Holmes did not need JavaScript. He made it in HTML, CSS, and Bootstrap.

Abubaker Saeed made this example of a pure CSS modal box. Instead of JavaScript, it uses HTML, CSS, and Bootstrap.

This one was also made by Abubaker Saeed. It uses pure CSS.

The CSS :target selector controls the opening and closing of the box.

A beautiful modal window and slider. By clicking the catch, the window opens.

Inside the modal box, the user can read all the information by using the slider.

A simple pop-up window made by Lasse Diercks in HTML/CSS.

An easy and simple popup window made by Mikael Ainalem. The animations are clean and stylish.

The author, Tom, made this CSS modal box without the use of any JavaScript code. It uses Bootstrap, HTML, and CSS for a beautiful result.

A great example of a pure CSS modal window that is minimalist in design. The code that runs the box and animation is simple and makes use of common elements.

There are some issues with the responsiveness of the modal dialog box but it may also be an issue with CodePen.

A modal login window, created by Mert Cukuren. The coding is HTML, CSS, with some JavaScript.

A modal box that is great because of its looks, as well as its simplicity. A simple click on the catch opens the dialog window.

The design is fully integratable and works in combination with a background image. Coded in HTML/CSS.

This is an animated modal pop-up box. Its author is the coder fajjet.

A red button on a black background draws the attention of the viewer. The shadow that Michael Smith created around the button makes it stand out.

Also, the location of the button, the middle of the page, guides the viewer in the right direction. There is a Continue button instead of a big cross to close the modal window.

Thom Griggs created a simple modal element that is beautiful and fully functional. The neat appearance enhances the user experience.

This responsive modal dialog window is great for showing data. A simple click is all that it takes to open it.

The information box opens by clicking and holding the catch box. Releasing the mouse button will close the modal window.

Jonas Sandstedt made a CSS modal window that looks impeccable and works seamlessly.

A yellow and black field hovers in the background in this example by Thibaud Goiffin. Squares in orange and yellow capture the viewer’s attention.

The result is a very attractive website that inspires the user to click one of the options, Yes or No.

Created by Erdem Uslu this is another example of a pure CSS modal dialog box.

When clicking the image in the center of the page, the modal box folds open like the pages of a book. Here the viewer can see the data that is inside.

Clicking on the image in the top right corner closes the book again. An attractive option, as it does not take up a large area.

The designer, Tristan White, opted for a grey background. This makes the button with a black border around it clear to see.

Also, the uppercase font inside the button increases visibility. When hovering over the box with the mouse, the box moves up a little and a shadow appears.

This is an example of a simple and clean modal box, created with ES6 by Joshua Ward.

A modal window that closes with an animation that resembles a closing drawer. Bhakti Pasariby created it with the use of HTML, CSS, and JavaScript.

The window is suitable for any kind of information that is important for the viewer.

This is a popup overlay with bubbles. Coded in HTML, CSS, and JavaScript by Chouaib Belagoun.

The designer chose a beautiful background of a snowy landscape. Tuomas Hataka, who made this, put a white catch on top of it that says Open.

Black text fills the white box to make it stand out. The user experience is further enhanced with a small hover animation.

Animate modal out from trigger

Created by Popmotion, this is a CSS and JavaScript-driven animated modal.

A modal window in HTML and CSS with cool animation. The author is Joshua Ward.

Move Modal In on Path

Chris Coyier created this with HTML, CSS, and JavaScript. By clicking a trigger, a modal window floats to the center of the screen using a seamless animation.

Boardal — An Onboarding Modal with Vue.js

Clicking the Onboard Me! button opens a CSS modal window that contains an additional slider. Created by Jase.

The creator of the next example is Ettrics. The example consists of two call-to-action buttons next to each other.

Clicking them opens a dialog window that directs the viewer to the next step.

Adventures in Missions made this responsive modal popup window. It contains some nice but subtle CSS3 animation.

Tom created a responsive modal that slides down when clicking the catch. There is a regular and a tabbed version of the modal box.

This is a pure CSS example.

This is another design by Ettrics. The design of these windows is material design inspired.

It is very responsive and does not require JQuery.

The coder dodzhang21 made this Codepen. It is a modal dialog box with three different animation styles.

The code consists of HTML, CSS, and JavaScript.

Jesse Couch produced another example of a modal window. What is special about this one, is that the viewer can drag the window around the screen.

Made with HTML, CSS, and JavaScript.

This example of a CSS modal box by Benjamin Dalton pops up and blurs the background at the same time. Click on the X in the top right corner to close the window and upon closing, the body refocuses.

These blurred background windows are very popular for donations and subscription offers. Besides that, there are many other applications possible.

Christopher Bicudo made this modal box with animation. He used HTML, CSS, and JavaScript to achieve this.

This is a simple-looking window with animation. It gives a little bit of depth to a website.

Made by short with HTML, CSS, and JavaScript.

Tey Tag, a coder from New Jersey made this modal by playing with the keyframe and the transition physics.

Tey attempted to optimize the timing for the modal container, overlay, and content. The result is a seamless, working dialog box.

According to the maker, Super Mario 3D was an inspiration. The code consists of HTML, CSS, and JavaScript.

If you enjoyed reading this article with CSS modal, you should check out this one about slider menu examples.

CSS Modal Examples That You Can Download and Edit